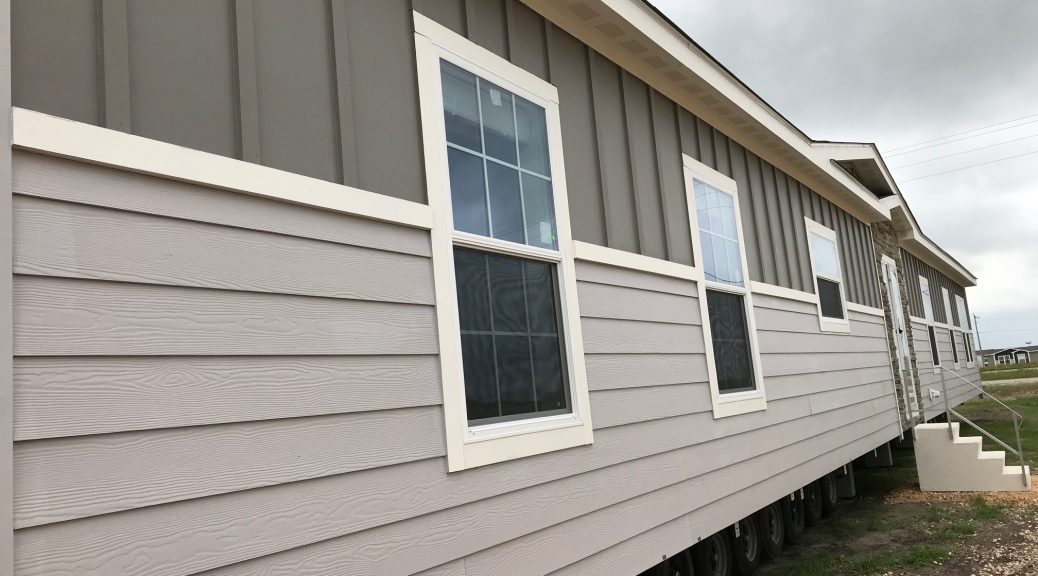 Why Modular or Manufactured Homes?

Manufactured Homes are built in a controlled factory environment allowing them the be built faster than site built homes that are subject to adverse weather conditions at any given time.

Manufactured Homes are built to HUD

(Housing urban development) code standards. These standards may vary from a local building code in your town, this difference is why some cities DO NOT allow manufactured homes to be installed inside the city limits.

are the same home and floor plan but built to REGIONAL, STATE & LOCAL building codes.

(Check out this article from the Manufactured Housing Institute)

The need for quality, affordable housing has never been greater. Today’s manufactured homes can deliver
outstanding quality and performance at prices that are up to 50 percent less per square foot than
conventional site-built homes. These savings allow more and more Americans to own their own home, even in
the face of an ever-widening housing affordability gap.
The affordability of manufactured housing is due to the efficiencies of the factory-building process.
Manufactured homes are constructed with standard building materials, and are built almost entirely off-site in
a factory. The controlled construction environment and assembly line techniques remove many of the
problems encountered during traditional home construction, such as weather, theft, vandalism, damage to
building products and materials, and unskilled labor. Factory employees are trained and managed more
effectively and efficiently than the system of contracted labor employed by the site-built home construction
industry.
Much like other assembly line operations, manufactured homes benefit from the economies of scale resulting
from purchasing large quantities of materials, products and appliances. Manufactured home builders can
negotiate substantial savings on many components used in building a home, with these savings passed on
directly to the homebuyer.
Today’s manufactured homes have experienced an evolution in the
types and quality of homes available to buyers. Technological advances
allow manufactured home builders to offer a variety of architectural
styles and exterior finishes that will suit most any buyer’s dreams while
allowing the home to blend in seamlessly into most any neighborhood.
Two-story and single-family attached homes are but two of the new
styles being generated by factory-built innovation.
At the same time, greater flexibility in the construction process allows
for customization of each home to meet a buyer’s lifestyle and needs.
Interior features include vaulted ceilings, working fireplaces, state-of-the-art kitchens and baths, and porches,
giving the homebuyer all the features found in traditional, site-built homes. Enhanced energy efficiency in
manufactured homes, achieved with upgraded levels of insulation and more efficient heating and cooling
systems, provide another source of savings for homeowners, especially in this era of rising energy costs. Smart
buyers also are turning to EnergyStar-labeled manufactured homes for substantial savings in many aspects of
owning and operating home.
Technological advances, evolutionary designs, and a focus on delivering quality homes that families can
afford are the driving forces within the manufactured housing industry. That’s why more people are turning to
manufactured housing to deliver homes that fit their needs and wants, at prices they can afford.
Cost & Size Comparisons of New Manufactured & New Single-Family Site-Built Homes
New Manufactured Homes (Includes typical installation cost, excludes land cost)
Year 2012 2013 2014 2015 2016
All Homes
Average Sales Price $62,200 $64,000 $65,300 $68,000 $70,600
Average Square Footage 1,480 1,470 1,438 1,430 1,446
Cost Per Square Foot $42.02 $43.54 $45.41 $47.55 $48.82
Single-Section
Average Sales
Price
$41,100 $42,200 $45,000 $45,600 $46,700
Average Square Footage 1,100 1,100 1,115 1,092 1,075
Cost Per Square Foot $37.36 $38.36 $40.36 $41.76 $43.44
Multi-section
Average Sales
Price $75,700 $78,600 $82,000 $86,700 $89,500
Average Square Footage 1,725 1,720 1,710 1,713 1,746
Cost Per Square Foot $43.88 $45.70 $47.95 $50.61 $51.26
New Single-Family Site-Built Homes Sold (House and the land sold as a package)
Average Sales Price $292,200 $324,500 $345,800 $360,600 $372,500
Less Land Price – 69,115 – 75,071 – 84,628 – 84,316 -85,686
Price of Structure $223,085 $249,429 $261,1729 $276,284 $286,814
Average Square Footage 2,585 2,662 2,690 2,745 2,676
Cost Per Square Foot $86.30 $93.70 $97.10 $100.65 $107.18
Source: U.S. Census Bureau (Note – Data from 2013 and prior are not comparable to 2014 and beyond)

Vanderbilt Mortgage, Green Tree and 21st Mortgage are the primary lenders we work with to get you a great deal on a repo Mobile Home. Single Wides , Double Wides or Modulars 2 bedrooms, 3 bedrooms, 4 bedrooms or 5 Bedrooms. With Land & Home together & without land. Five Bedroom Homes are hard to get though.